Highlights from Day One of the Duke Masters of Minimally Invasive Thoracic Surgery conference in Orlando, Florida. 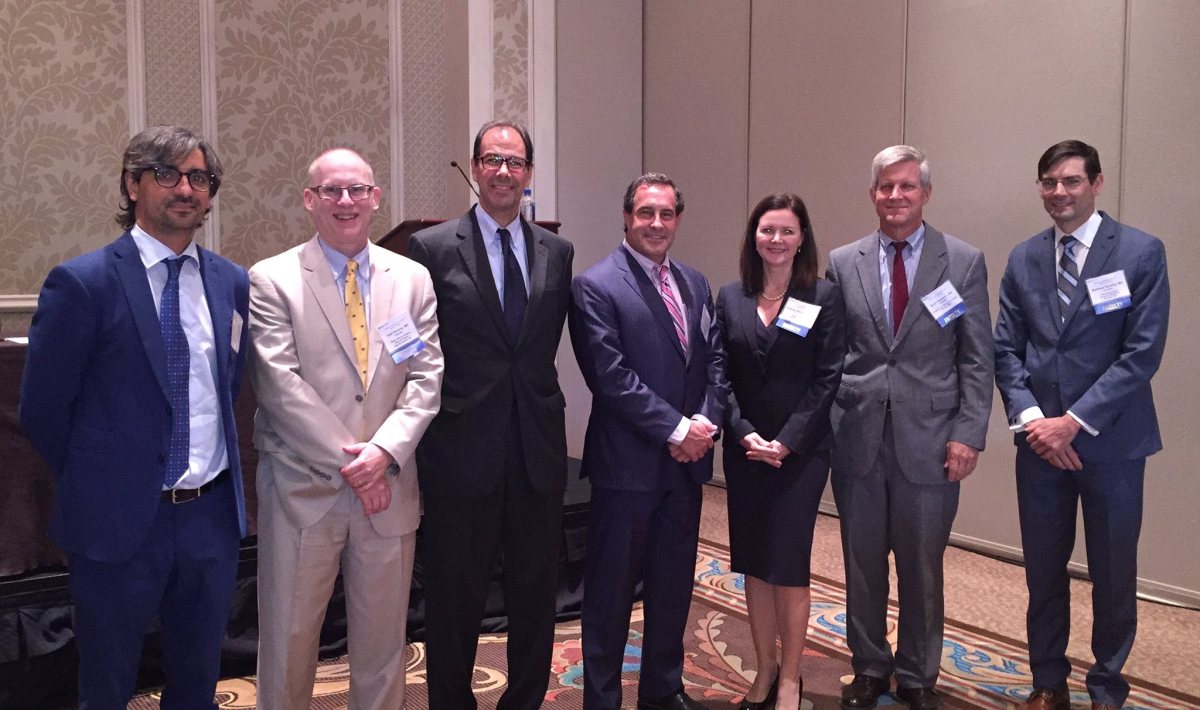 The conference started out with a grim statistic, reminding surgeons that only 45% of all lobectomies in the United States are performed with VATS (or minimally invasive techniques).  With that sobering reminder, Dr. Scott Swanson, a thoracic surgeon from Brigham and Women’s in Boston, Massachusetts began the first session.

Dr. Shanda Blackmon from the Mayo Clinic in Rochester, Minnesota gave the first presentation, entitled, “Thoracoscopic Lobectomy in 2015: Can we teach it better?”

She used part of the presentation to discuss her recent STS paper on credentialing for minimally invasive surgery.  She also spoke about how the recent developments in technology (3D printing, creation of better anatomic models, surgical simulators and telementoring) have changed the learning process.

Unfortunately, this lecture was disappointing.   While conceding that all of these techniques were inferior to a surgical fellowship, there was little discussion on how these techniques are affecting the learning process (or how well students actually learn using these techniques).  It was more about the newest toys and less about the actual learning process.  With the resident hours limitations, resident’s concerns about how this is limiting their exposures to a wider range of pathology as well as difficulty attracting surgical residents to the thoracic specialty, it would have been interesting to hear how effective these new technologies are at addressing these concerns.  It would also have been interested to hear the downside of these technologies, or a debate regarding the recent STS paper.  However, Dr. Blackmon more than acquitted herself with a later presentation on the management of bleeding complications.

Dr. Thomas D’Amico discussed the development and advancement of VATS over the last two decades.  He reported that an increase in procedures being performed by dedicated thoracic surgeons as one of the reasons for improved outcomes.  He also gave this as a reason for the increased number of VATS lobectomies since general thoracic surgeons are more likely to be experienced and comfortable performing this procedure (versus general or cardiac surgeons).  He questioned the accuracy of data reported to the STS general thoracic database, which, as we’ve previously mentioned – is only utilized by a fraction of American thoracic surgeons.  All of this information is a documented fact – and has been presented here at Thoracics.org before (with relevant citations).

However, he ventured into more tenuous territory when he questioned global statistics and stated that the United States is better than all of Europe in regards to the adoption and use of VATS technologies.  While this is demonstratively true (as previously reported in Italy), it comes close to being dismissive and close-minded as to the contributions of the remainder of the world.

The most interesting point of his presentation was his announcement of the Duke appropriation of Dr. Diego Gonzalez Rivas’ Uniportal technique.  In true American (and Duke) fashion, this was done in a backhanded style, as he announced the creation and adoption of a “Duke modified uniportal approach” which is actually a two-port approach (with the second incision being made in the same intercostal space as the initial incision).

He concluded his presentation with a review of the newest technologies in bronchoscopy, and biopsy procedures as well as a few hints for a successful VATS lobectomy.

He advocates for a full mediastinoscopy for lymph node dissection immediately prior to VATS, for both staging as well as ease of mobilizing the left main bronchus from this position, reminding surgeons that mediastinoscopy remains the gold standard for tissue diagnosis, despite being greatly underutilized in recent years.

He advises surgeons to routinely dissect the hilum and main pulmonary artery to increase their experience and comfort level in handling the pulmonary artery while performing VATS.  Lastly, he states, “Do the easiest part of the operation first” and save the harder parts until the area has been cleared.

However, there were two standout presentations during the morning session.

The first was Dr. Diego Gonzalez Rivas’ presentation on non-intubated uniportal lobectomies.  The second was Dr. Robert Cerfolio’s presentation on his experiences with Robotic thoracoscopic lobectomies*.  As one of the most prolific thoracic surgeons performing robotic surgery, it was particularly illuminating.

Reflecting many of the recent changes in the USA healthcare system, many of the presentations as well as the Question and Answer panels with the American surgeons were dominated by cost considerations.

Notably, Dr. Cerfolio used the term “save money” over 8 times to describe recent changes in techniques (using only bipolar energy versus staples to control the pulmonary vessels, for example) used while performing surgery with a two million dollar robotic system.  But this “wal-marting’ of thoracic surgery is just part of general overall trend in American medicine and surgery which is forcing large-scale, and painful changes to American health care practices for financial and fiscal reasons under Obamacare, “pay-for-performance” measures and the new ICD-10 system.  There will be more changes and adaptations as surgeons attempt to adopt these new federal mandates and institutional policies.

One thought on “Conference coverage: The Duke Masters of Minimally Invasive Thoracic Surgery”