With that dramatic shot across the bow, the dynamic and forthright Mr. (Dr.) Eric Lim of Royal Brompton Hospital opened the third VATS International conference.   In a lecture entitled,  “The Why of advancing minimally invasive surgery,”  Dr. Lim put out a call to action to thoracic surgeons around the world, in an effort to remain relevant.

In an increasingly competitive world of thoracic oncology,  nonsurgical options like stereotactic radiotherapy, and the developing MRI proton beam therapy  are gaining traction for the treatment of early stage lung cancers.   These nonsurgical treatments are gaining publicity and popularity due to the efforts of radiation oncologists. 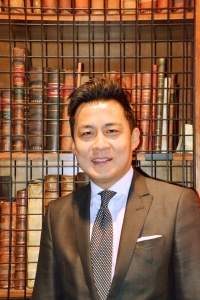 The PCI of Lung Cancer Treatment

Reminding thoracic surgeons of the plight of their cardiac counterparts, Dr. Lim taunted the audience that having superior long-term outcomes does not guarantee success in a consumer-driven market.   Public and medical perception is shaped not only by clinical research findings, but by the inherent bias introduced by the authors of these publications.  As he explained, this bias, along with a public desire for simplicity, has driven the overwhelming success of percutaneous angioplasty (PCI)  and declining rates of cardiac surgery despite well-documented research studies and clear evidence demonstrating the overwhelming superiority of coronary artery bypass grafting (CABG) for long term survival.  Thoracic surgeons must not fall into the trap of complacency and arrogant belief in surgical superiority  that has plagued cardiac surgery if we want the specialty to survive.

Dr. Lim has identified three behaviors of thoracic surgeons that are harming the specialty:

An important caveat to this – is the need for Surgeon led research, and clinical trials to help eliminate the medical bias that has crept into much of the existing literature.  Surgeons need to stop allowing other specialties to control the narrative.  This is what allowed cardiologists to introduce concepts such as “non-inferiority” when research studies failed to show the benefit of cardiology interventions.

These research trials need to compare surgical interventions with non-surgical treatments.  Our inter-specialty debates over which surgical technique need to take a backseat to studies designed to compare relevant outcomes like long-term survival and cancer recurrence if we want to demonstrate surgical superiority over medical treatments.  “We need to stop arguing about which surgical technique and favor surgery over other therapies,” Dr. Lim explains.

3.  Refusal to evolve – this is a fundamental problem plaguing thoracic surgery and addressing this issue is the underlying theme of many of the presentations at this year’s course. Dr. Lim has also addressed this refusal to evolve previously.  Surgeons need to evolve, and be willing and able to change their surgical practices based on evidence and clinical guidelines.  The failure to adopt VATS as the primary surgical approach in thoracic surgery in North America, and Europe despite decades of evidence and  clear clinical guidelines favoring this approach is a symptom of this failure to evolve.

The future of thoracic surgical oncology

How will thoracic surgery survive?  We already know that surgical excision offers the best long-term outcomes for our patients.  But as we have seen, having ‘right’ on your side isn’t enough.

Make surgery the most attractive option

For surgery to succeed, thoracic surgeons need to focus on making surgery safer and more acceptable to our patients.  Many patients prefer surgical removal on a philosophical level, but this preference is being eroded by promises of “easy” with SABER and newer chemotherapy regimens.

One of the benefits of surgery versus many of the newer treatments is that surgery is a single treatment versus multiple episodes of care.  If we can make that single encounter better for our patients, with shorter hospital stays, less pain/ less trauma and less risk, then surgery will remain the first and preferred treatment option for lung cancer.